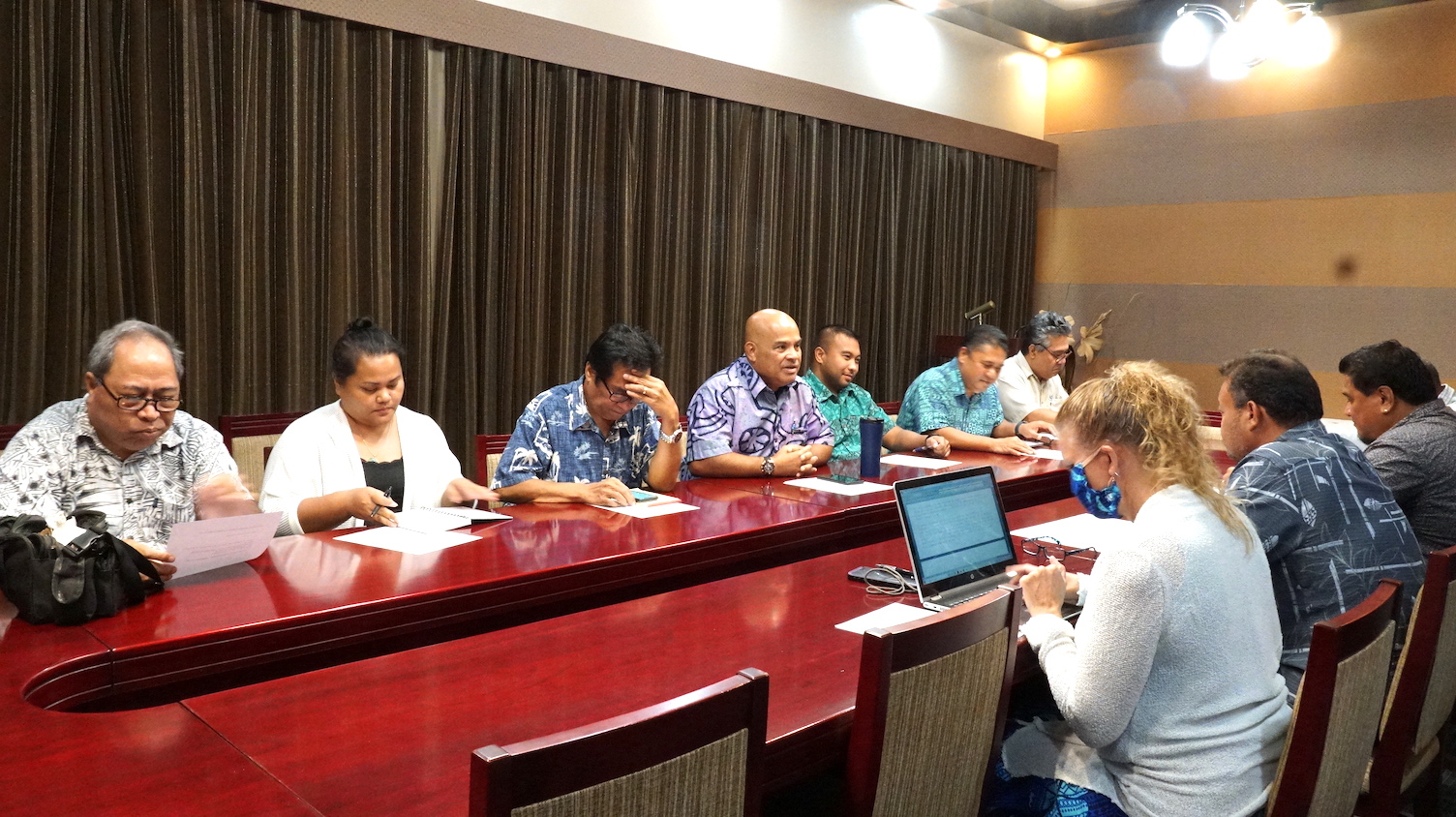 PALIKIR, POHNPEI. January 12, 2021.  The Sixth Regular Session of the 21st Congress of the Federated States of Micronesia convened on January 11, 2021 as set by Speaker Wesley W. Simina to review and address the expiration of the amended Emergency Health Declaration among other matters of importance to the Nation. Following the formalities to open and convene a session, Speaker Simina appointed Vice Speaker Esmond B. Moses to head the Committee to Wait on the President with Senator Ferny S. Perman as its other member.

The meeting began with President David W. Panuelo thanking the members of the committee for attending, present as well were the Members of the Executive Cabinet. Vice Speaker Moses informed the President that the Congress is in session and ready to transact business. President Panuelo provided the Executive’s agenda to the Committee primarily focusing on vaccinations and the supplemental budget, along with other national issues.

The first item on the President’s Agenda was an update by the President on the recent vaccinations of prioritized personnel, frontline and first response teams. Efforts to distribute these vaccines among the three other states will be requiring flight services from Pacific Mission Aviation (PMA) and Caroline Islands Air (CIA). The executive’s current objective is to vaccinate most of the FSM’s population before revisiting plans for repatriation, a safeguard to the FSM general public. In addition, a discussion of having citizens vaccinated prior for entry to the FSM was also considered during the meeting, along with having citizens other than stranded who are residents outside the FSM to be eligible for vaccination. A concern of Senator Ferny S. Perman, Chairman of Health and Social Affairs Committee, raised the question if there were any concerns for children to receive the vaccines, and was informed that those under age 18 will not be vaccinated, as the initial trials did not include this age category. An additional 8,200 vaccines were received this past weekend from the Centers for Disease Control and Prevention (CDC), U. S. Department of Health and Human Services and are awaiting distribution to the individual states.

Another matter raised by the President was the Pandemic Unemployment Assistance (PUA) from the U.S. Department of Labor. A letter from the Department of Labor notified the Secretary of Finance & Administration, Mr. Eugene Amor that the current taxation of the PUA is not in line with the terms and conditions of the grant, and requested the FSM Finance to cease further taxation for income and social security. In response, the President is further requesting the Congress to repeal the taxation law directly related to the PUA unemployment assistance.

Regarding the MV Chief Mailo, a vessel belonging to the FSM Government, home ported in Chuuk State, a communication breakdown over the weekend resulted in a public panic within the State of Pohnpei with the news that the Mailo was carrying a crewmember that was infected with the COVID19 Virus. The President informed the Committee that he had just done a public address to correct rumors of infected who were freely roaming on island, and to reassure the public that all crewmembers are currently quarantined onboard the Mailo and were accounted for and that there is no need for distress as the Task Force is taking all necessary precautions equipped with Personal Protective Equipment (PPE). The President also mentioned that the Mailo had been out at sea for 17 days and the crew were tested multiple times. It was mentioned in the briefing to the Committee that the Task Force’s medical team’s testing capabilities are able to determine whether the positive case was triggered by antibodies, or the onset of infection.

The meeting concluded with mutual agreement to move forward on the issues discussed in a timely and cooperative matter.