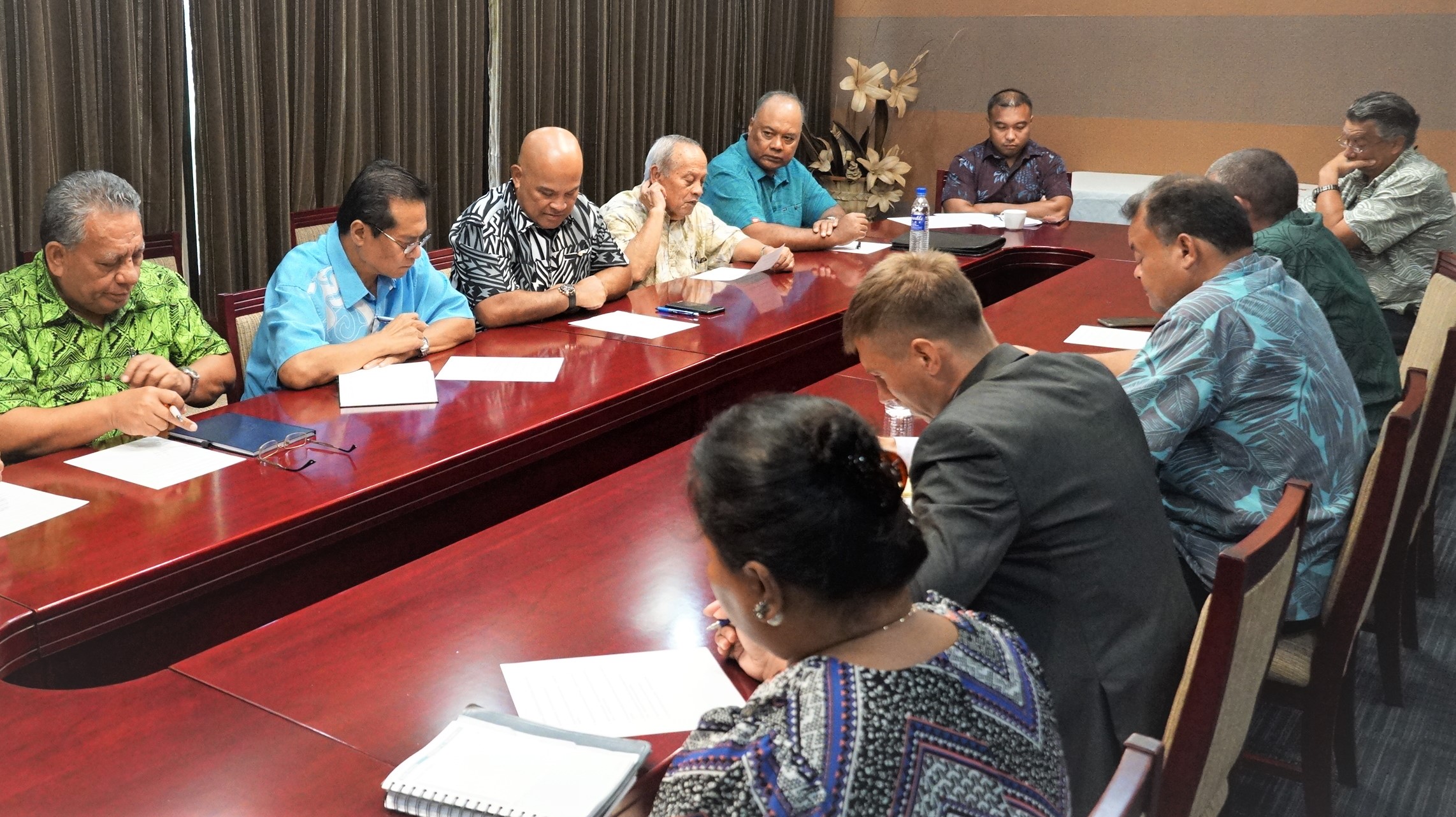 PALIKIR, POHNPEI. November 18, 2020 - The Ninth Special Session of the 21st Congress of the Federated States of Micronesia is underway in Palikir as called by Speaker Wesley W. Simina to address the expiring amended Declaration of Health Emergency, the President’s supplemental request and other urgent matters for the Nation.

Speaker Simina had called for a 10-day special session to convene on November 16 through November 25, 2020.  Primary among the formalities of convening a session is the report from the Committee to Wait on the President that summarizes the President’s priority agenda proposed for action by the Congress.

The Committee reported that the Executive’s listed priorities for the 9th Special Session included a proposed legislation to temporarily suspend special polling places in Guam and Hawaii for the upcoming election in March 2021. Voting for FSM citizens living outside of the Nation will instead be through mail-in ballots. This is a measure to alleviate further spread of the pandemic.

The Executive highlighted two more proposed legislations:
1. to expand the mandate for the Joint Committee on Compact Review and Planning; and
2.  to expand eligibility for businesses beyond the Tourism Industry Mitigation Fund.

Along with the proposed legislations was a supplemental budget request to fund pressing national issues, among which included:
1. funding for INTERPOL membership fees;
2. the COM-FSM Endowment Fund; and
3. funding for a public awareness campaign for the proposed Amendments from the 4th Constitutional Convention to be voted on the upcoming national elections on March 2021.

The President shared with the Committee that a repatriation flight on a U.S. military aircraft is set for early December to Pohnpei State.  Inbound is an estimated 50 passengers comprised of MiCare patient referrals/attendees, students, FSM senators, diplomats and individuals with diplomatic status.  Understanding that repatriation is the window of exposure to the pandemic, the President stressed to the Committee that all safeguard measures are in place.   Furthermore, the President informed the Committee of a preflight quarantine is in place on Guam and required an airtight process to ensure public safety upon arrival of our citizens. This includes testing before and after arrival similar to the preflight quarantine on Guam for a period of 14 days.

Finally, the meeting addressed extending of the Emergency Declaration as it is nears expiration, along with suggested changes for transshipments. The President informed the Committee that this however will take effect after the Department of Justice has completed consultations for changes with the National Oceanic Resources Management Agency, NORMA.

In other discussions, the Secretary of Health and Social Affairs, Dr. Livinson Taulung reported that there are vaccines currently available, namely Pfizer and Moderna, Pfizer having en efficacy rate of 90% while Moderna has 94.5%. Concerns shared by Secretary Taulung is the storage capability of the state hospitals as the vaccines require an ‘ultra freeze’ state of storage of at least 40 degrees Fahrenheit. Another obstacle of the vaccines is a short shelf life of 10 days. He has assured the President that further monitoring will be done to determine the best vaccines for the nation.

Lastly, the President reported on the Nation’s maritime vessels starting with;
1. Voyager is currently enroute to Pohnpei and will be adhering to quarantine procedures upon reaching anchorage;
2.  Chief Milo is currently in the Phillipines and plans are underway for its return; 3. The Navigator is heading back to Pohnpei for maintenance, then shortly thereafter to service the Southern and Eastern islands of Pohnpei.  A Kosrae round-trip is also proposed before it rests for Christmas; and
4. the President stated that the Lady Minto ran aground in Kapingamarangi suffering minor damage but will be operational once repairs are completed.

The meeting then concluded with a mutual agreement to move forward expeditiously to address these pressing issues of the nation.

With respect to the advisories from the State Governments and the FSM National Government discouraging public gatherings and encouraging social distancing, the 9th Special Session of the 21st Congress is closed to the general public.