Committee to Wait meets with President Panuelo on FY2021 Budget 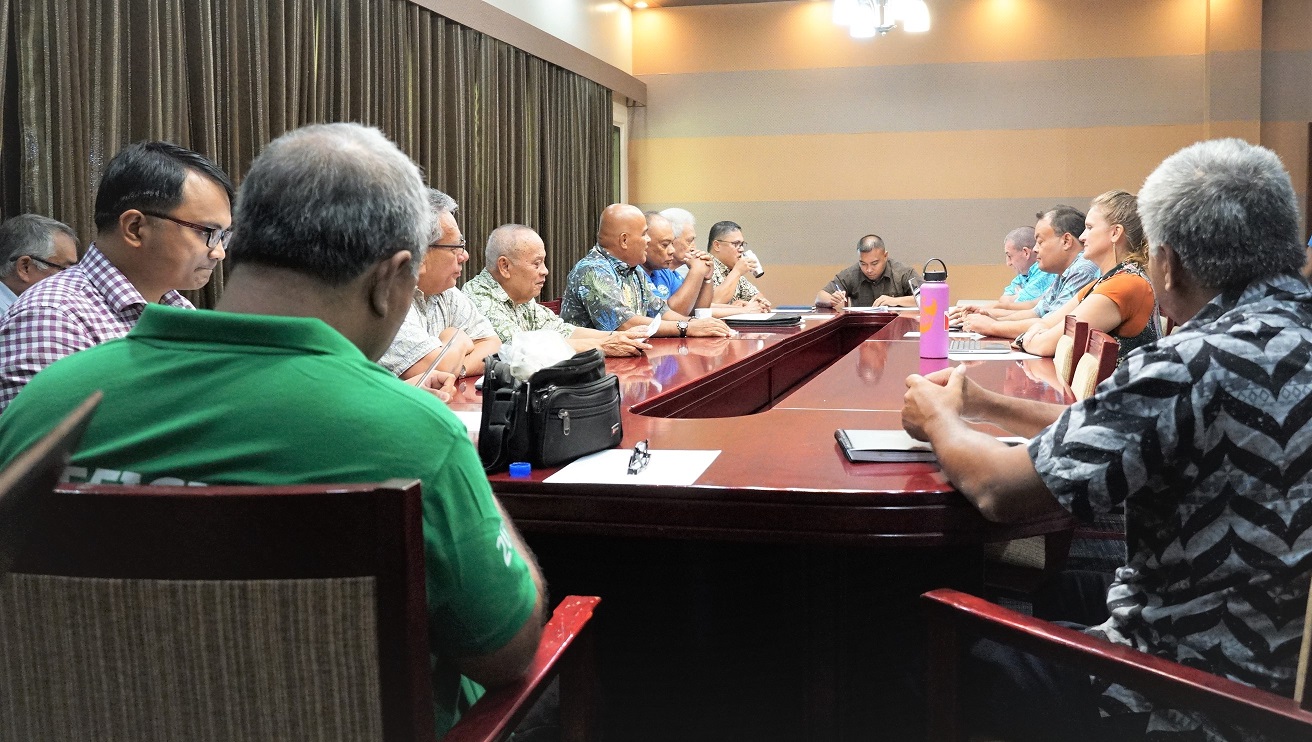 Palikir Pohnpei. September 14, 2020.  The Fifth Regular Session of the 21st Congress of the Federated States of Micronesia convened today as set by Speaker Wesley W. Simina to wrap up its review and work on the FY 2021 budget: revisit the President’s Public Health Emergency Declaration among other urgent matters.

Following the formalities to open and convene a session, Speaker Simina appointed Vice Speaker Esmond B. Moses to head the Committee to Wait on the President with Senator Ferny S. Perman as its other member.

The meeting began with President David W. Panuelo thanking the members of the committee attending, present as well were Vice President Yosiwo P. George and members of the Executive staff. Vice Speaker Moses informed the President that the Congress is in session and ready to transact business.

President Panuelo provided the Executive’s agenda to the Committee with the FY2021 budget as its first item. The Committee was alerted of certain departmental increases including funds to establish Public Management Offices (PMO) within each state of the FSM, and an additional $2 million from the FY2021 Budget to supplement the balance of the Tourism Industry Mitigation Fund.

Second item on the President’s agenda is the status of the COVID19 Task Force and it’s ongoing preparations for the upcoming repatriation. Pohnpei State indicated they are expecting 30 citizens slotted for arrival in Pohnpei on October 10, 2020. The Secretary of Health and Social Affairs, Mr. Livinson A. Taulung reported to the President that there are currently zero cases of COVID19 within the Federated States of Micronesia, and exercises are being conducted with more to take place before repatriation. President Panuelo informed the Committee that the Executive has taken the initiative to pass the social distancing decree to prepare the public for the pandemic should it surface on FSM’s shores.

Nominations was third on the President’s agenda for which the Congress was urged to consider the nominations submitted in the previous sessions.

President Panuelo highlighted a pending legislation on FSM PetroCorp’s Mandate changed to include Renewable Energy in their portfolio and Telecom’s legislation concerning HANTRU.

Finally, on the Executive’s agenda were proposed measures for action by the  Congress, among which is a bill to request reprogramming of IC funds to cover the costs of the Insurance Commission FY2020 budget shortfall, noted by President Panuelo to be urgent and time sensitive. Another bill by the Executive for the Congress to address is providing a moratorium or ‘dormancy period’ for licensed Captive Insurance Companies due to the disruption in business by the pandemic.