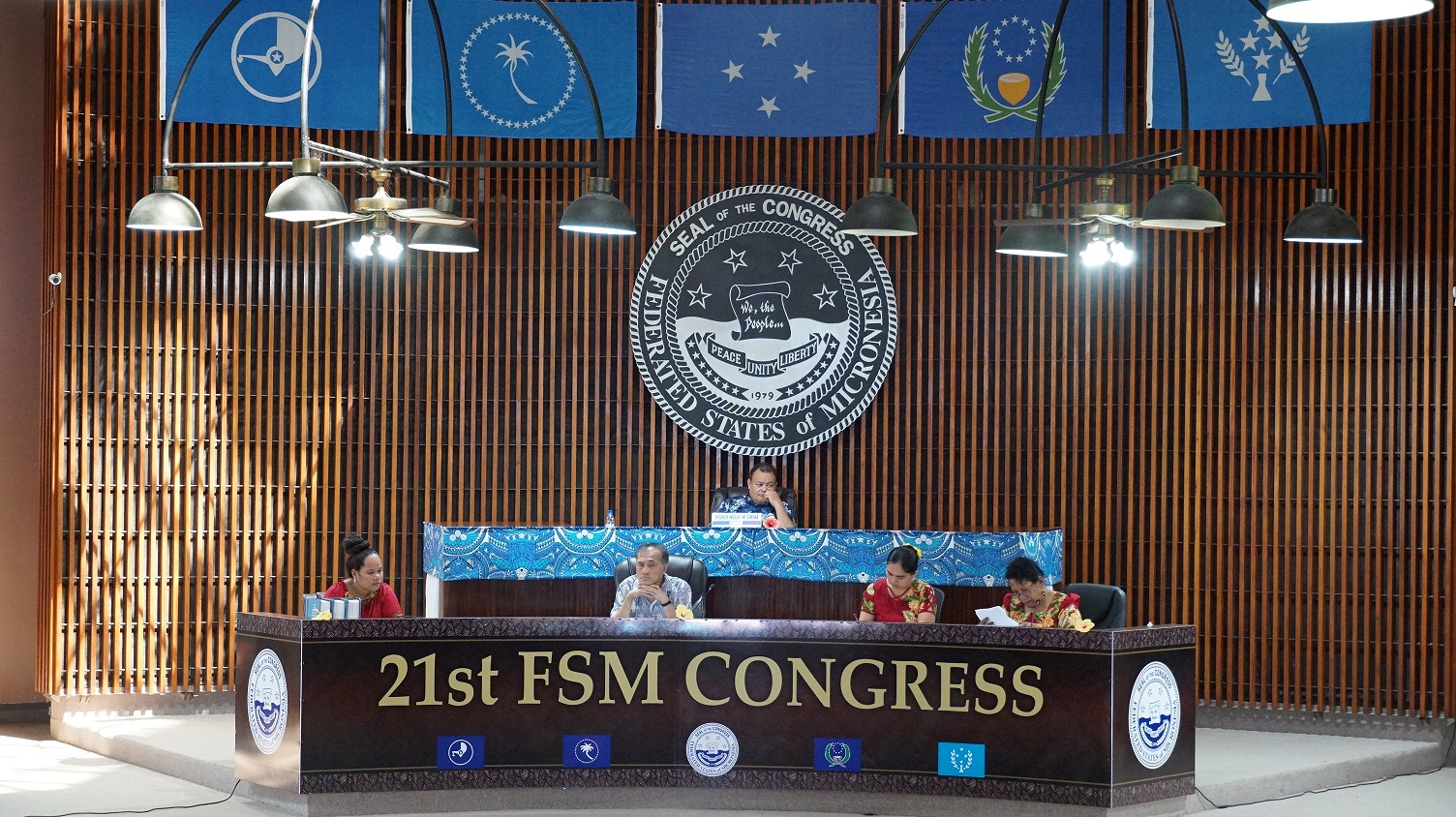 PALIKIR, POHNPEI. January 31, 2020- The Third Regular Session of the 21st Congress convened on Monday - January 27, and in accordance with the Congress Rules of Procedures, a Committee to Wait on the President was duly appointed chaired by Senator Robson Romolow consisting of members: Senator Joseph J. Urusemal, Senator Dion Neth and Senator Aren B. Palik.

The Committee met with President David W. Panuelo, Vice President Yosiwo P. George and their Cabinet to inform them that the Congress was in session and ready to transact business. President Panuelo welcomed the committee and provided an executive agenda for the meeting.

The agenda in brief, covers the Executive’s concerns and response to the growing epidemic of the Coronavirus; the measles outbreak in the region; the status of the 4th FSM Constitutional Convention; Philippine’s Labor issue in the Nation; the Foreign Investment Bill; and nominations to the national boards and commissions.

According to the President, in light of the recent outbreak of measles in the region, the Department of Health and Social Affairs (DHSA) increased its efforts in extending the availability of vaccinations to the outer islands and remote areas of the Nation. A projected cost of $500,0000 is needed to address the measles campaign but $200,000 is requested as an immediate startup budget.

On the same note, the President voiced his concerns of the growing global ‘coronavirus’ epidemic and explained that DHSA is coordinating efforts with the Department of Justice to determine the nation’s best approach to dealing with the epidemic. Ongoing meetings between the two departments will be conducted and further updates will be shared with the Congress during the session.

Regarding the labor issues with the Philippines, the President is optimistic that the ban on Philippine workers will be soon lifted and that by the February a labor treaty between the FSM and Philippines will be in place to avoid future labor disputes.

Finally, the President proposed to the Committee that the foreign investment bill be reviewed by all stakeholders for possible inclusion in the state and national leadership conference tentatively scheduled for May. This would allow ample time for review and discussions to finally move the effort forward.

The Committee returned with the Executive’s concerns and priorities for consideration by the Congress.