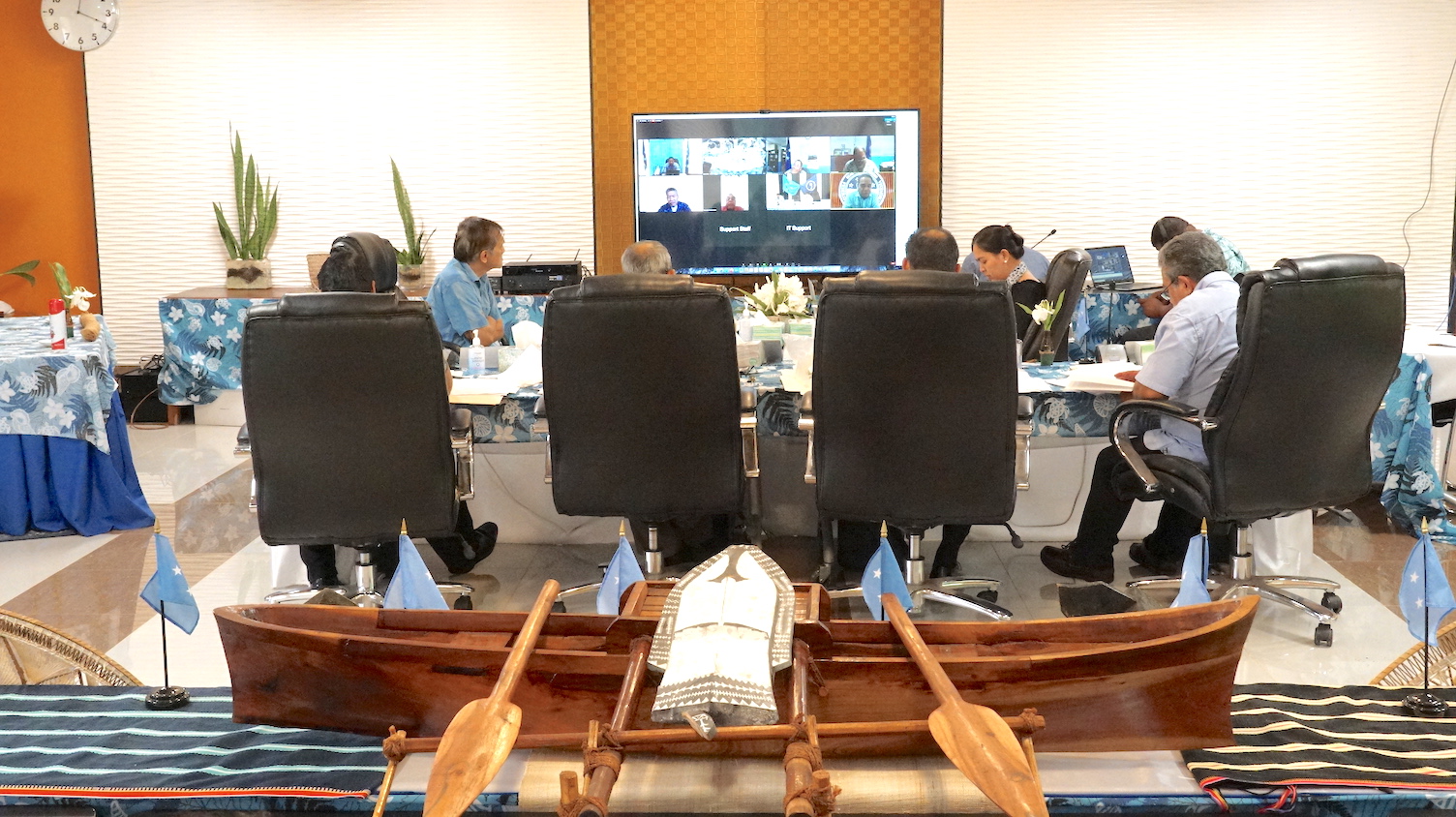 PALIKIR, POHNPEI. On March 29, 2021, the 21st Congress of the Federated States of Micronesia enacted Congressional Bill CB21-376, introduced by Speaker Wesley W. Simina, to move the effective date from October 1, 2021 to July 1, 2021 for the salary increases of employees under the FSM National Government’s Public Service System (PSS)

The onetime annual salary increase for PSS employees of the FSM National Government was enacted by Congress during its 6th Regular Session in January, and recently signed into Public Law PL21-237. If CB21-376 is signed into law, it will allow for an early effective date of the 15% increase in the annual salaries for those eligible employees classified between pay level 1 and pay level 14; 10% increase between pay levels 15 through 28; and 5% increase for those employees classified at pay level 29 and above.

Salary adjustments for employees of the FSM National Government have been an ongoing Congressional effort since it increased the salaries of the President and Vice President under PL20-183 in May 2019. Subsequently, Congress has included budgetary increases for the salaries of the President’s Cabinet Members, Key Staff of the Legislative branch, as well as professional premiums for various professional staff of the National Government.

Congress defeated a proposed salary increase for Members of Congress through CB21-374 CD 1 on March 26, 2021. A subsequent motion by Congress’ to reconsider  the bill was also defeated on March 31, 2021. Salaries for Members of Congress will remain the same through the 22nd FSM Congress at the current rates of $27,000 per annum for members, and $30,000 per annum for the Speaker.

For more information on this, and other Congressional initiatives, please contact the Congress Public Information Officer or visit www.cfsm.gov.fm.