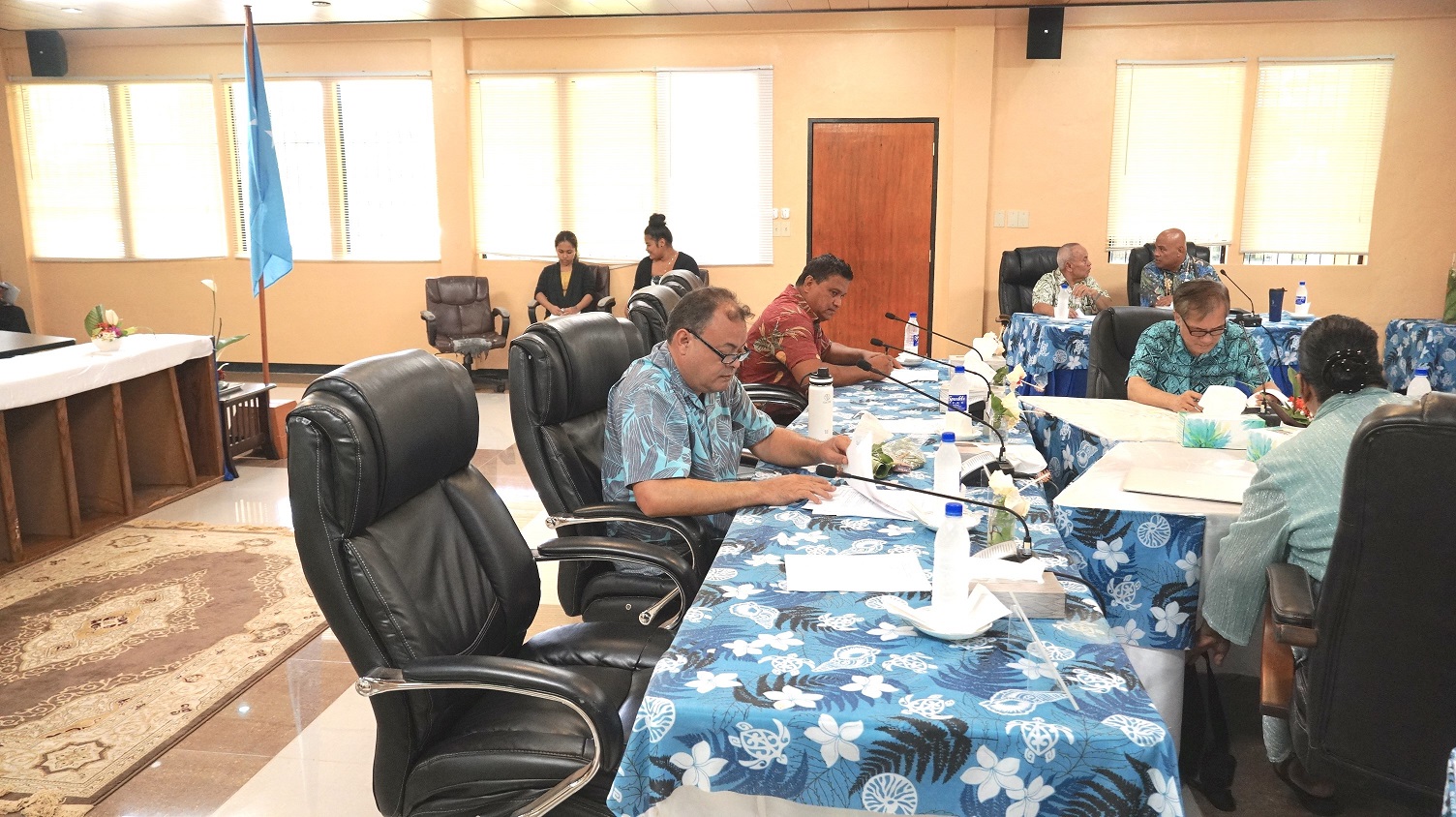 PALIKIR, POHNPEI. October 01, 2020 – Along with the Congressional Acts passed by the Congress were several resolutions adopted to: amend the Emergency Declaration, express condolences, accept various grants and a recognition resolution.

Congressional Resolution (CR) 21-185 was adopted to effect certain amendments to the President’s Public Health Emergency Declaration and the primary change was the extension of the effective deadline from September 30, 2020, to instead be effective until November 30, 2020.

Entry into the FSM was the other aspect of the resolution, which noted that after repatriation of all FSM citizens on medical travel then an exception on entry may be extended to Ambassadors and Heads of embassies and missions based in the FSM. The resolution noted that the exception would be on a case-by-case basis upon consultation and approval of the National and State Task force. It continued that any diplomat seeking entry into the FSM will undergo all quarantine requirements, with no exceptions or modifications.

To pay tribute and extended the highest form of respect from a legislative body, the Congress adopted the following resolutions for individuals who have positively contributed to the growth and development of the Nation through their public services to their individual states and the Nation as a whole or their being exemplary representatives of the Nation:

·    CR 21-196, expressed the sincere condolences and sadness of the Congress to the family of the late Captain Lambert Lokopwe who passed on August 22, 2020;

·    CR 21-203, expressed the sincere condolences and sadness of the Congress to the family of the late former FSM Senator Peter Sitan who passed in July 2020;

·    CR 21-209, recognized the accomplishments of the late former FSM Senator Peter Sitan, who passed in July 2020, and express the sincere appreciation of the FSM Congress for his many contributions to the Nation;

·    CR 21-210, honored the life and achievements of one of the last founding fathers of this Nation, and expressing sincere condolences and sadness for the Congress to the family of the late Honorable Hilary Tacheliol; and finally

·    CR 21-205, expressed the sincere congratulations of the FSM Congress to Tamae Erick Waguk, a graduate student from Kosrae who was recently recognized for having one of the top academic records at the Sophia University in Japan. 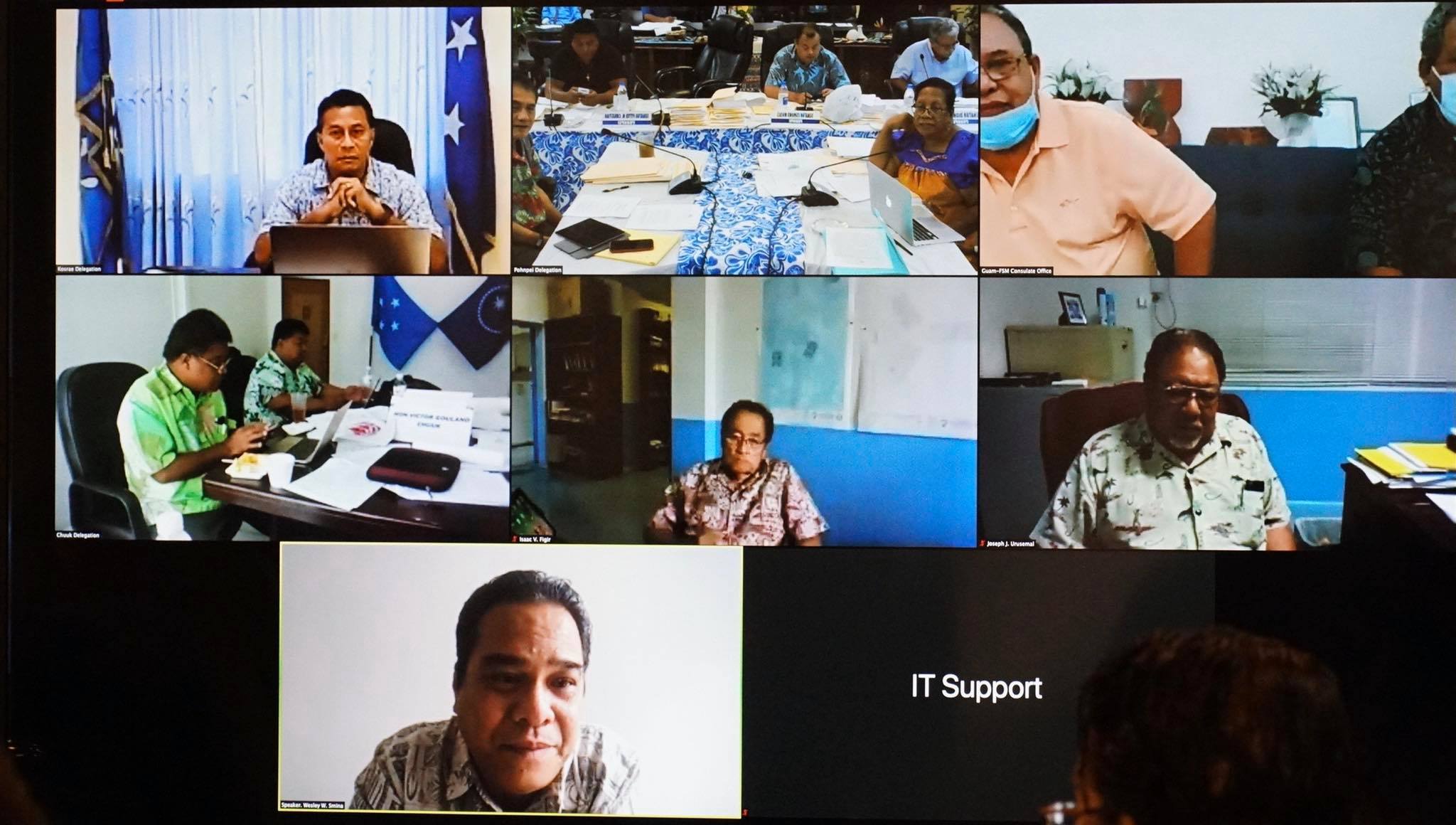 Adoption of CR 21-195, set the ceiling of the total funds estimated to be available for appropriation from the General Fund of the Federated States of Micronesia for the fiscal year ending September 30, 2021.

The Congress adopted a series of resolutions to approve and accept grants from the U.S. Federal Aviation Administration (FAA) for certain projects for the International Airports throughout the Nation. A grant to fund the project entitled: “Acquire Aircraft Rescue and Fire Vehicle”, was approved for $1,111,111 for each of the following states through:

The Congress adopted CR 21-199, to also approve and accept from the U.S. FAA, a grant of $1,666,666, to provide funding for the project entitled: “Conduct Aeronautical Survey for RNAV Approach for the Kosrae, Pohnpei and Yap International Airports”.

Rounding out the U.S. FAA grants is the adoption of CR 21-201, which approved and accepted $1,111,111, to provide funding for the project entitled: “Rehabilitate Runaway – Design”, for the Kosrae International Airport, including all the terms and conditions of the assistance.