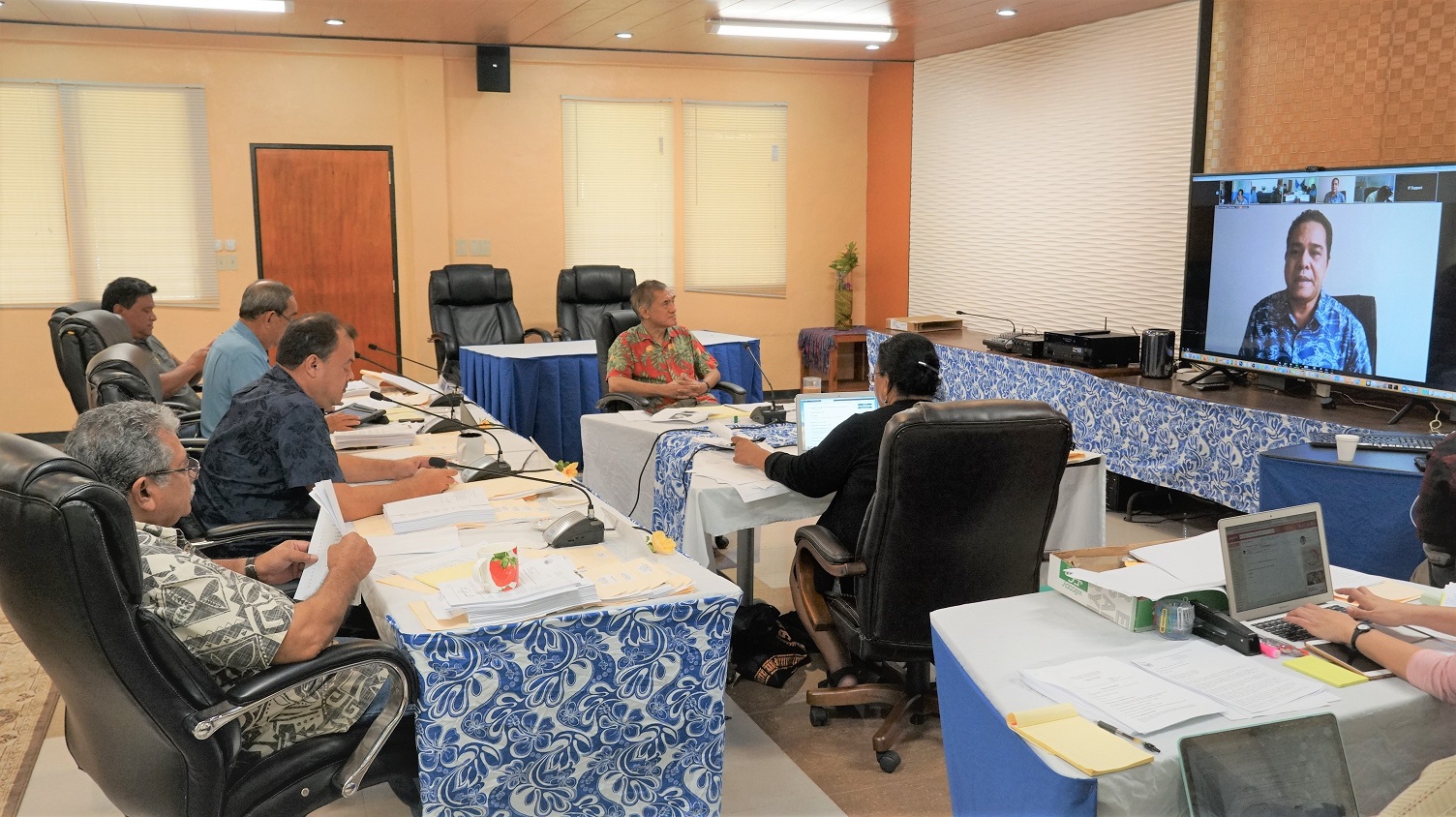 PALIKIR, POHNPEI. April 20, 2020– The historic online Fifth Special Session of the 21st Congress was called for 5-days to respond to the amended COVID-19 Declaration and at the end of Day 5, the Congress enacted measures to address certain aspects of the Declaration, among others.

The first Act of the historic online session isCongressional Acts (CA) 21-105, a measure specific to an initiative by the Congress during its recent session in March to create a Tourism Sector Mitigation Fund with $1million appropriated as the initial funding.  Its initiative has been incorporated as Phase One of the FSM Economic Stimulus Package and as such, the Congress secured a funding source by enacting CA 21-105 to amend title 54 (Taxation and Customs) and title 55 (Government Finance and Contracts) of the F.S.M.C.  According to CA 21-105, the funding would be derived from 20% of revenues from fishing access fees and 50% of revenues from the major corporations, both of which - under P.L. No. 20-130, are currently being deposited into the FSM Trust Fund.

Upon the Act becoming law, the remaining funds from the identified revenue sources are to be ‘temporarily diverted’ from the FSM Trust Fund to instead, be deposited into the Tourism Sector Mitigation Fund, during the fiscal year ending 2020.

Following its discussions with the Executive Branch and for purposes of clarity and mutual courtesy, the Congress adopted Congressional Resolution (CR) 21-138, to amend the Public Health Emergency Declaration of January 31, 2020 and extend the Declaration to May 31, 2020, among other changes.

While the resolution maintained most of the intent of the Declaration, a few changes were added, one of which called for the President to meet with the State Governors to discuss social distancing requirements and other safety precautions that will in 30 days be mandated for entire Nation.

With reference to Travel, the resolution reiterated the need for the FSM National Government and the State Governments to collaborate its efforts and resources. It maintained the blanket restriction on FSM citizens travelling to confirmed COVID-19 areas, with exception granted to:

a. Outbound FSM citizens cleared by the FSM Emergency Task Force who are legal residents of affected areas and are returning to their homes or employment or for urgent medical treatment.

The resolution permitted travel by air or sea between the FSM states as long as there are no confirmed cases of COVID-19 within any of the FSM states.  In allowing interstate travel, the resolution underscored travelers compliance with each state’s departure and arrival health screening procedures and protocols.

With regards to fishing vessels, a provision was added that “carrier vessels supporting transshipment activities of the domestic fleets are permitted to enter the anchorage area for transshipping purposes only, subject to state health screening procedures.”

Also under the subsection on Fishing Vessels, the resolution lifted the restriction placed on Domestic Fishing fleet to allow port calls in the FSM for repairs and maintenance and provisioning at anchorage area. For those repair and maintenance needs that require dock side, the National Oceanic Resources Management Authority (NORMA), in consultation with the state government, will grant approval on a case by case basis.

In addition to the measures to address matters of COVID-19, the Congress also adopted CR 21-134, to approve and accept a $420,946 grant from the U.S. Department of Interior - National Park Services, to provide historic preservation funding the FSM Office of National Archives, Culture and Historic Preservation.

And finally, the Congress adopted CR 21-141, to extend for another five days - the Fifth Special Session of the 21st Congress. The historic online session was called for five days, from April 13 – 17, 2020, and through the resolution the session is extended to April 22, 2020 to allow the Congress additional time to consider important issues that remain pending before the Body.

With respect to the current advisories from the Pohnpei State Government and the FSM National Government discouraging public gathering and encouraging social distancing, the 5th Special Session of the 21st Congress is closed to the general public.

The public is however welcomed to follow the daily sessions which will be streamed live and available for viewing at the Congress website: www.cfsm.gov.fm.