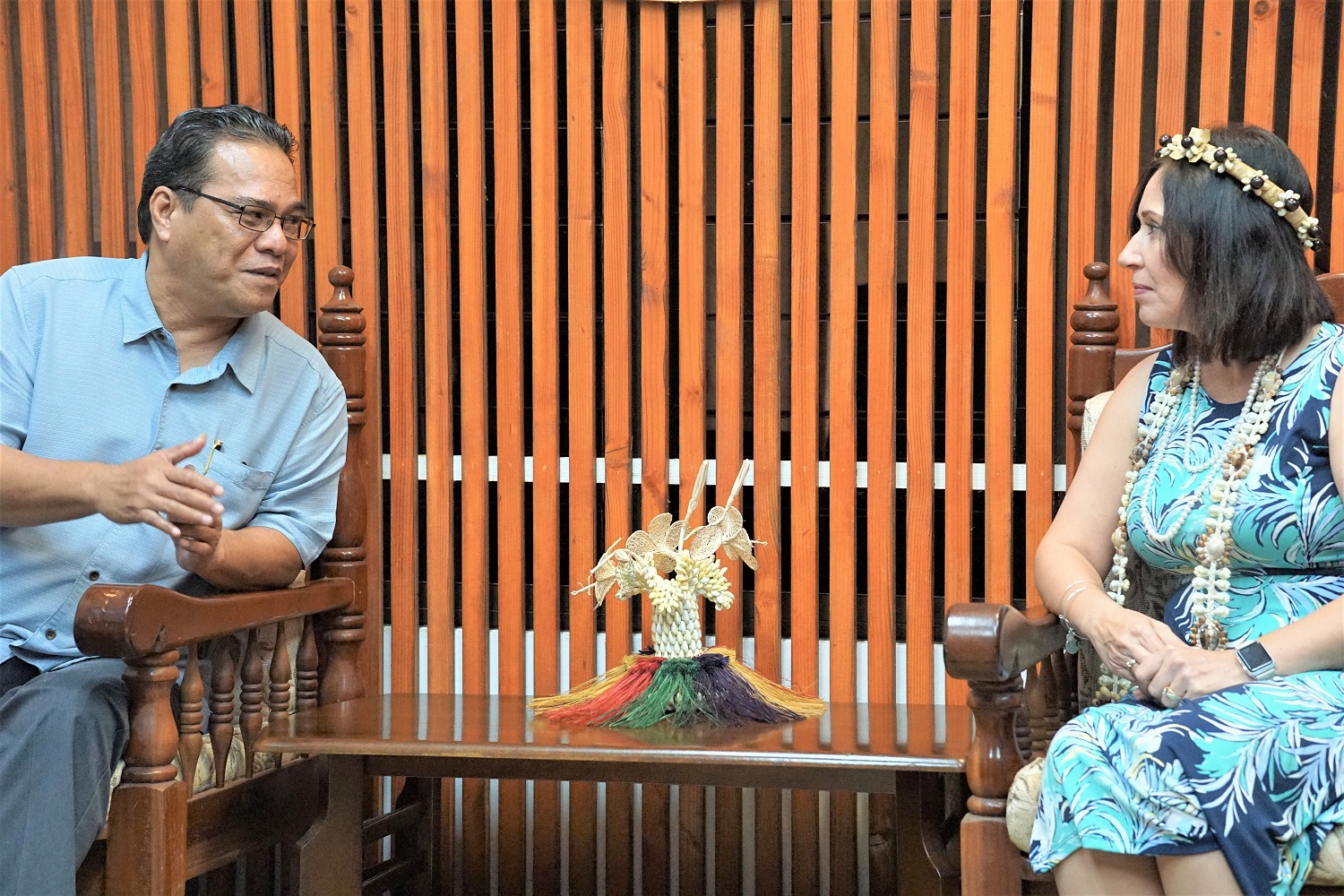 Speaker Simina also welcomed the Ambassador to the Nation and assured her of Congress’ readiness to work with her. Their discussions touched on the unique relationship between the FSM and the U.S. along with areas of mutual interests and cooperation. The Ambassador thanked the Speaker for the positive discussions and looks forward to working with the FSM leadership to promote a free and open Indo-Pacific.

A native of Puerto Rico, Ambassador Cantor is a career member of the U.S. Government’s Senior Executive Service and served various executive roles at the U.S. Department of State, from Executive Director of the Bureau of Counterterrorism (CT) to Executive Director for the Bureaus of Education and Cultural Affairs (ECA).  She has also held other executive leadership positions at the Department of Agriculture and the Federal Maritime Commission. Since 2016, she was the Director of the Office of Civil Service Human Resource Management in the Bureau of Human Resources office.

The Ambassador’s courtesy visit with the Speaker concluded with both agreeing to work together in continued cooperation.